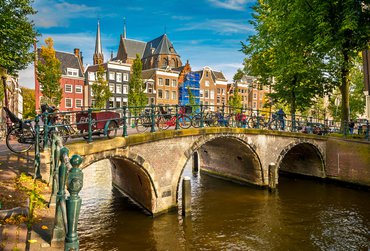 0 Bewertungen
The tour of Amsterdam by private vehicle is a great chance to see most of the famous sites, like Dam Square, infamous Red Light district, Old and New Church and the Royal Palace easily. 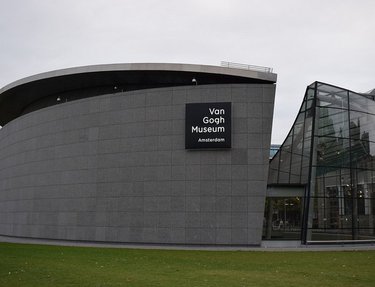 The Van Gogh Museum is dedicated to the works of Vincent van Gogh and his contemporaries. It is located at the Museum Square, close to the Stedelijk Museum, the Rijksmuseum, and the Concertgebouw. The museum opened on 2 June 1973. The museum's collection is the largest collection of Van Gogh's paintings and drawings in the world. 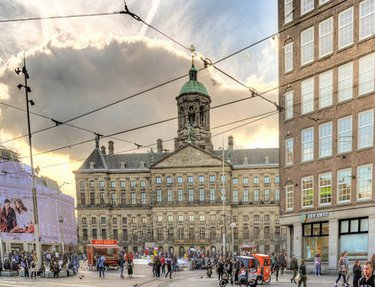 The Royal Palace was built as a city hall during the Dutch Golden Age in the 17th century. The building became the royal palace of King Louis Napoleon and later of the Dutch Royal House. The palace is located on the west side of Dam Square opposite the War Memorial and next to the Nieuwe Kerk. Most of the year, the Royal Palace is open for visitors with audio guide or pre-booked group tours. 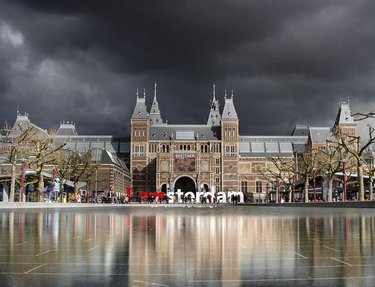 The Rijksmuseumis a Dutch national museum dedicated to arts and history. The museum is located at the Museum Square in the borough Amsterdam South, close to the Van Gogh Museum, the Stedelijk Museum Amsterdam, and the Concertgebouw. 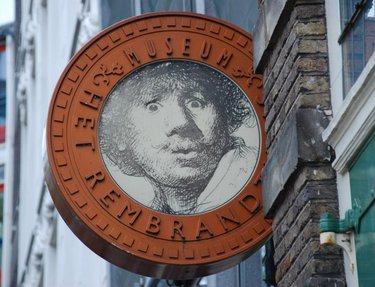 The Rembrandt House Museum is a historic house and art museum. Painter Rembrandt lived and worked in the house. The 17th-century interior has been reconstructed. The collection contains Rembrandt's etchings and paintings of his contemporaries. 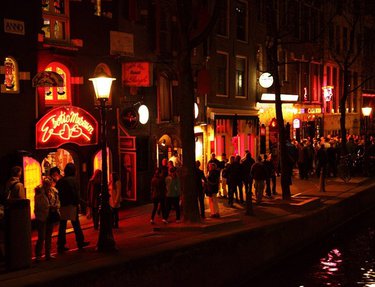 De Wallenor De Walletjes is the largest and best known red-light district in Amsterdam. It consists of a network of alleys containing approximately three hundred one-room cabins rented by prostitutes who offer their sexual services from behind a window or glass door, typically illuminated with red lights. These "kamers" are the most visible and typical kind of red light district sex work in Amsterdam and are a large tourist attraction. 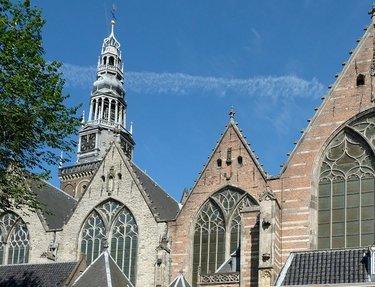 The 800-year-old Oude Kerk ("old church") is Amsterdam’s oldest building and oldest parish church, founded around 1213. It stands in De Wallen, now Amsterdam's main red-light district. The floor consists entirely of gravestones . The reason for this is that the church was built on a cemetery. 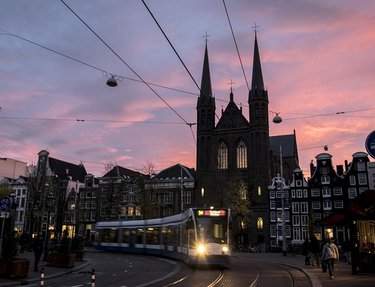 The Nieuwe Kerk (New Church) isn't really brand new. It is a 15th-century church, located on Dam Square, next to the Royal Palace . It was built after the Old Church, that became too small for the growing city population, that explains the name. The Nieuwe Kerk is no longer used for church services but is used as an exhibition space. 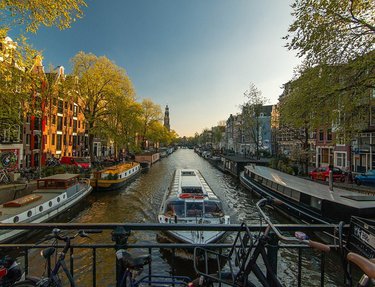 Amsterdam has more than one hundred kilometers of canals, about 90 islands and 1,500 bridges. The three main canals, Herengracht , Prinsengracht , and Keizersgracht , dug in the 17th century during the Dutch Golden Age, form concentric belts around the city, known as the Grachtengordel . The most exciting feature of the canals are the houseboats. In the beginning houseboats were a way to deal with the Amsterdam housing shortage, however, nowadays they are still in high demand. 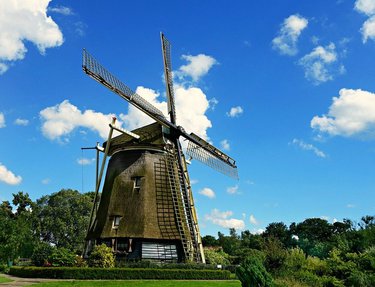 The windmill village Zaanse Schans is an open air museum that features windmills, wooden houses, barns and shops dating back to the 18th and 19th century. It consists of seven museums: The Weavers House, the Cooperage, the Jisper House, Zaan Time Museum, Albert Heijn Museumshop, Bakery Museum.
Tag
Zeit
Beschreibung
Kommentar
Day plan
08:45 - 09:00
Meet your guide and driver outside the main port gate.
09:00 - 11:45
Enjoy the panoramic drive around 60 miles of canals in Amsterdam with the photo stops at the Old and New Church, the Dam Square, Royal Palace, the Central Railway Station, Anne Frank House and Rijksmuseum, Red Light District and many more.
11:45 - 12:00
Return to the port of Amsterdam and board the ship.
Attention! The specified tour start time is the earliest available or an example! Usually, all tours start 30 minutes after your ship docks. Your tour start time will be adjusted accordingly after you book. If you have questions, please talk to our Shore Excursion Specialist to find out the exact tour start time for your ship.
In der Tour enthalten
nicht in der Tour enthalten
Wichtige Info

IMPORTANT: NO refunds for late passengers or for those who don't read their Amsterdam Meeting Instructions and have been waiting at the wrong location. 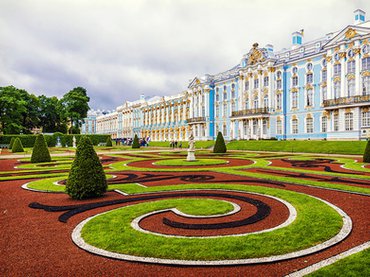 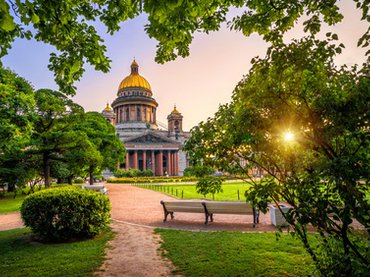 If you're in St. Petersburg for the first time and would like to see as mush as possible, enjoy this Most Complete 2-day tour! The special of this itinerary is a visit to the misterious basements of Yusupov's palace to follow the story of Rasputin's murder. 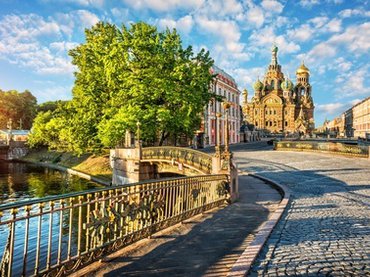 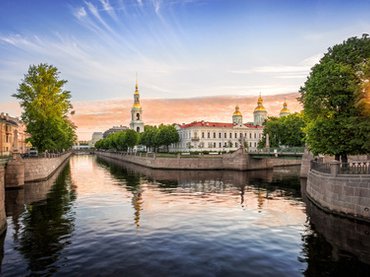 This tour includes the driver and the guide, providing you with complete flexibility in planning your St. Petersburg sightseeing. Choose the museums you'd like to see and places you'd like to go to in your one of a kind itinerary 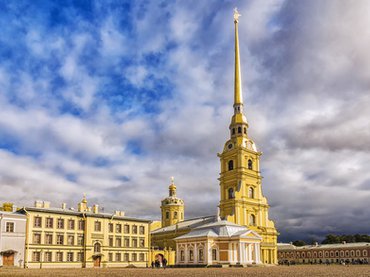 This 1 day tour includes the visits to misterious Yusupov's palace and Catherine's palace with Amber room. 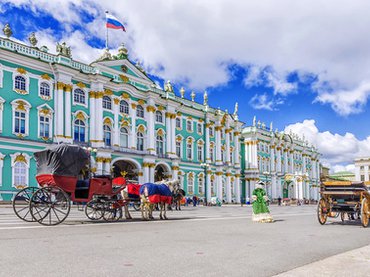 This 1 day tour includes the tour of the Hermitage museum and the extended time in the splendid park of Peterhoff. A guided tour of the Church on the Spilled Blood is included, as well as a scenic Panoramic drive around the city highlights. 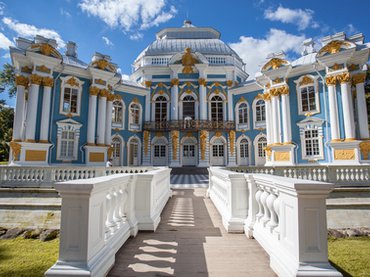 The Wednesday tour takes you to the Hermitage museum along with the beautiful Catherine's palace. 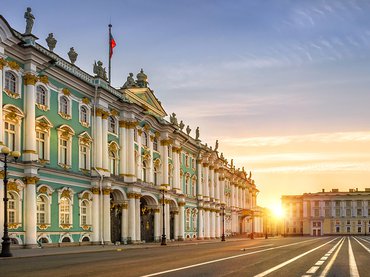 This 1 day tour includes the visit to the Hermitage museum, Catherine's palace, park of Peterhoff. All you would want to see and lots of exciting photo stops to admire all beauty of the city 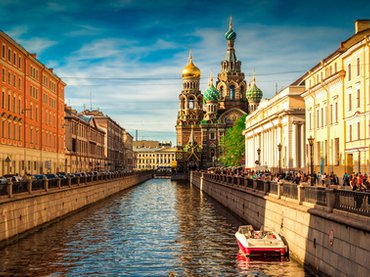 This tour includes 2 days in St. Petersburg with all essential sites covered and day-trip to Moscow. You can see all the great sites of St. Petersburg and enjoy the glamour of the shining capital of Russia